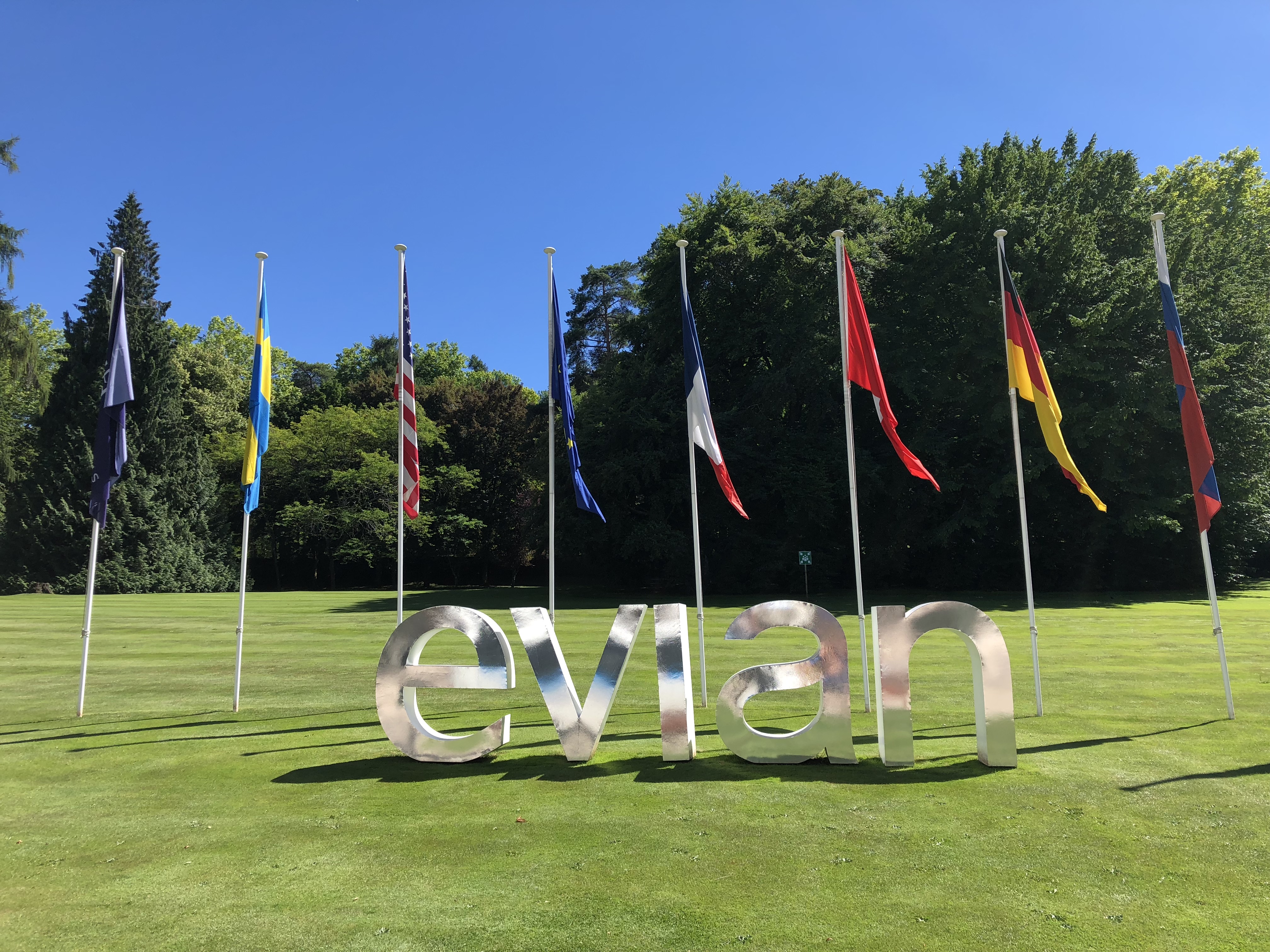 When I was offered the chance to spend a weekend at the Evian Resort with our friends from Mason Rose I jumped at the opportunity despite knowing little about the destination. In fact, my knowledge was so poor that up until about 6 hours before departure, when I finally checked it out online, I discovered that whilst I had not been entirely wrong when I had been telling colleagues and friends that I was off to Switzerland for the weekend (you fly into Geneva), Evian is most certainly in France.

Our group left City airport early on Friday evening, safely ensconced in BA Club Europe with our glasses charged with champagne, and touched down just over an hour later. Evian's new boat, which looks like something out of a Bond film, was due to greet us and glide us across the lake to the resort on a swift transfer. Sadly, owing to a freak occasional weather phenomena known as La Bise, this wasn't possible. No matter as the resort has a fleet of luxury cars, which were assembled and sent to collect us. We arrived in well under an hour, even with the Friday night traffic in Geneva, which is good news as 'under an hour's transfer' is the usual barometer we're given when sourcing international venues.

We were staying in the Hotel Royal, their 109-year-old 5* hotel, which commands stunning views over Lake Geneva. I knew beforehand that the place would be nice, I wasn't expecting it to be this nice though. The 5* category is so undefined it can't be relied on to give an accurate representation of a hotel. Evian is up there with the world’s best, it has a Michelin starred restaurant, Veuve Clicquot at the breakfast buffet, an expansive spa and rooms so big and luxurious you not only think you could live there, you genuinely want to. 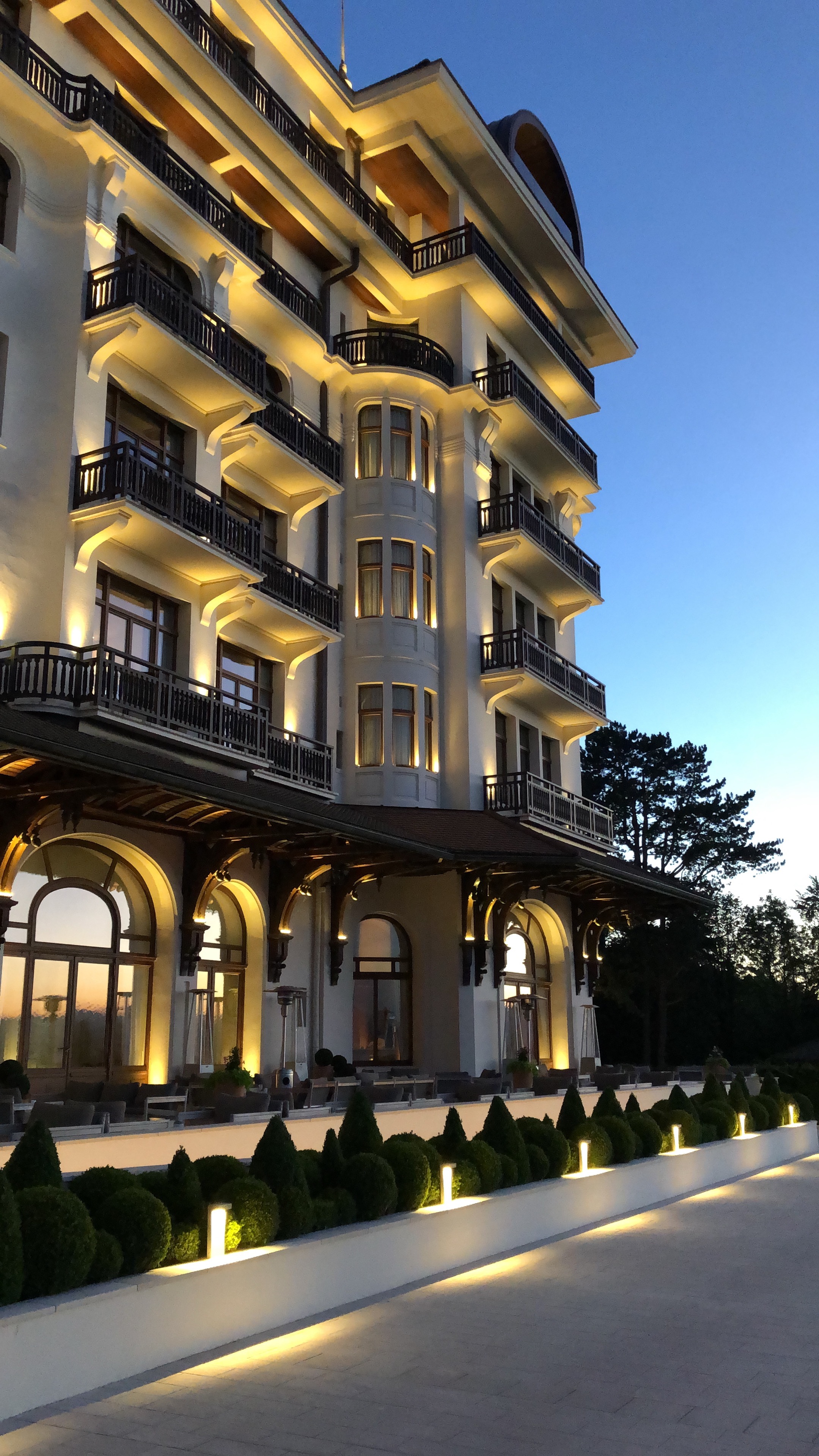 My cavernous room came with a generous balcony and the most incredible lake views, even the bath overlooked it. There was enough wardrobe space for the most serious of shopaholics as well as bed big enough for four people - should you be that way inclined. The rest of the hotel was immaculate - not a scuffed skirting board in sight. On our first night, we enjoyed a simple yet delicious cold supper in the informal dining room, accompanied by some amazing wines, before retiring to our suites. 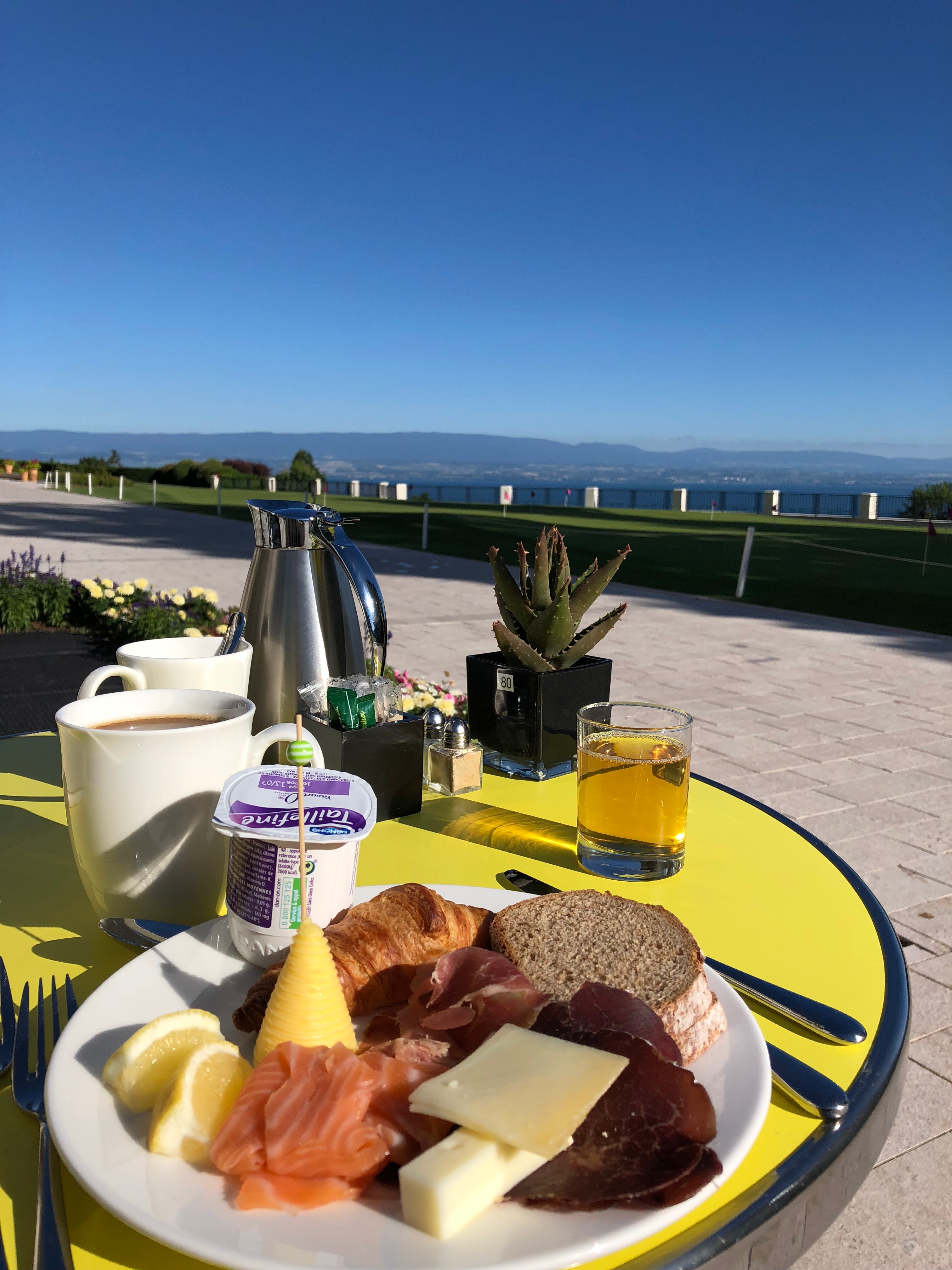 On Saturday morning I was awoken early by the sunlight beaming into my room off of the lake, not a bad wake up call. Following a few visits to what might be the world's most comprehensive and delicious breakfast buffet, we headed for a tour of the hotel. We viewed bedrooms of all categories, including some jaw-dropping suites, as well as the hotel's many bars and dining options.

Very rarely in a hotel of this quality will you find genuinely good meeting spaces designed by someone who understands the flows and demands of events. They have managed it here thanks to a relatively newly built conference space, cut into the hillside under the hotel. Twelve conference rooms are on offer, ranging up to 300 metres squared in size and with many benefitting from lake views and expansive terraces. This is superb property, probably one of the best I’ve seen, for meetings, conferences and incentive events. 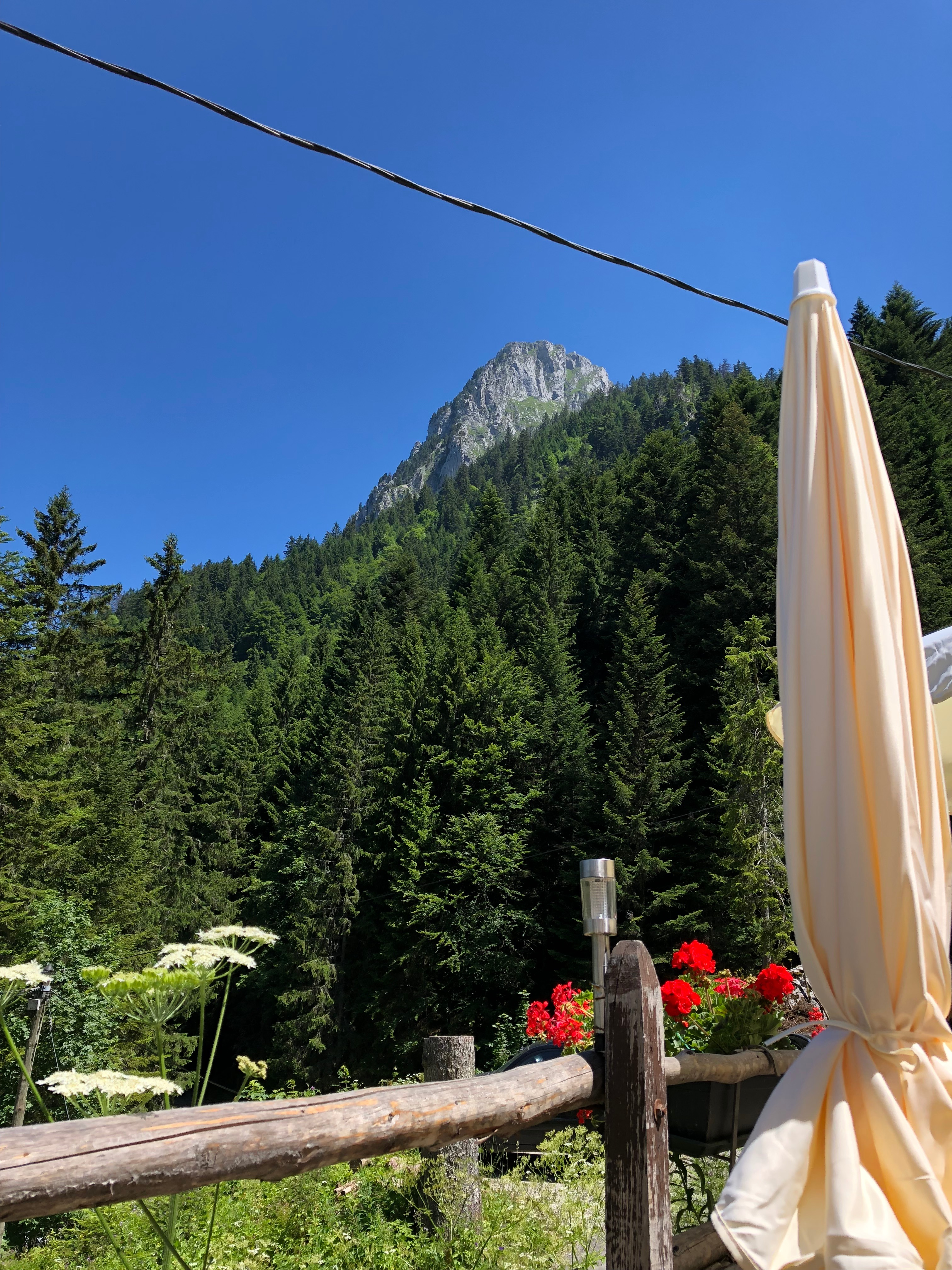 After a refreshing cocktail, we hopped onto a coach and headed into the eponymous Evian mountains that most of us know from the pictures on their water bottles. Lunch was traditional fondue with deep-fried potatoes, fresh bread, cured meats and plentiful wines, following which we attempted a half-hearted 'hike' for around 45 minutes. Less a hike more a stroll through this wonderful bucolic landscape finishing, naturally, with a glass of champagne. Back at the hotel, we enjoyed a few hours of free time in the hotel's infinity pool before dinner. 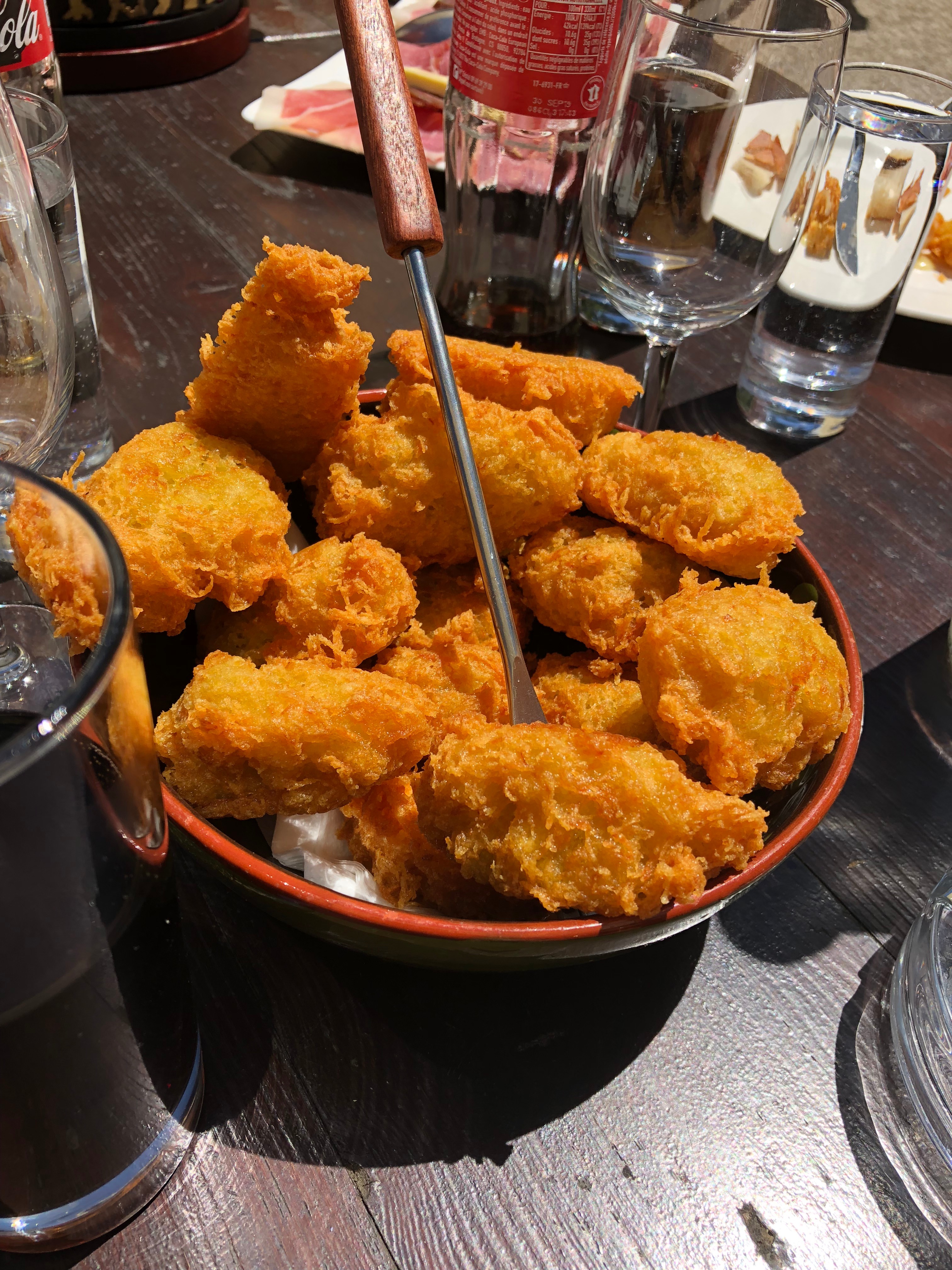 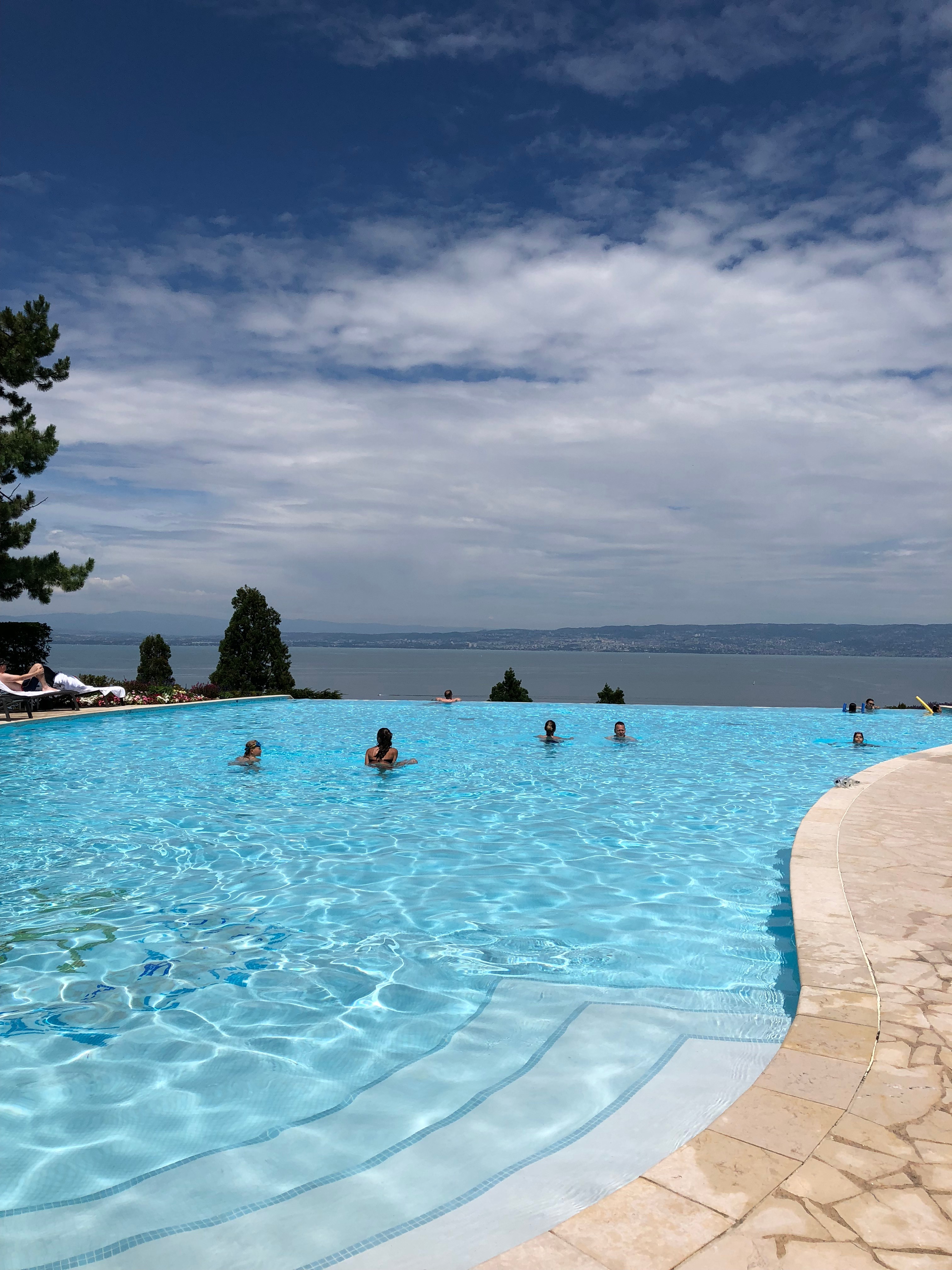 Dinner was the definition of a gastronomic experience in their Les Fresques restaurant, which has recently been awarded a coveted Michelin star. In good company and a decadent setting, we enjoyed spring vegetable and goats cheese, sea bass with chard and Colonnatta lard and a chocolate dessert so beautiful and decadent I still felt guilty for eating it 2 weeks later. The resident sommelier ensured our glasses were constantly topped up with a number of brilliant wines. Owing to very full stomachs the opportunity to head down to the resorts lakeside casino was declined and we opted for a good nights sleep instead. 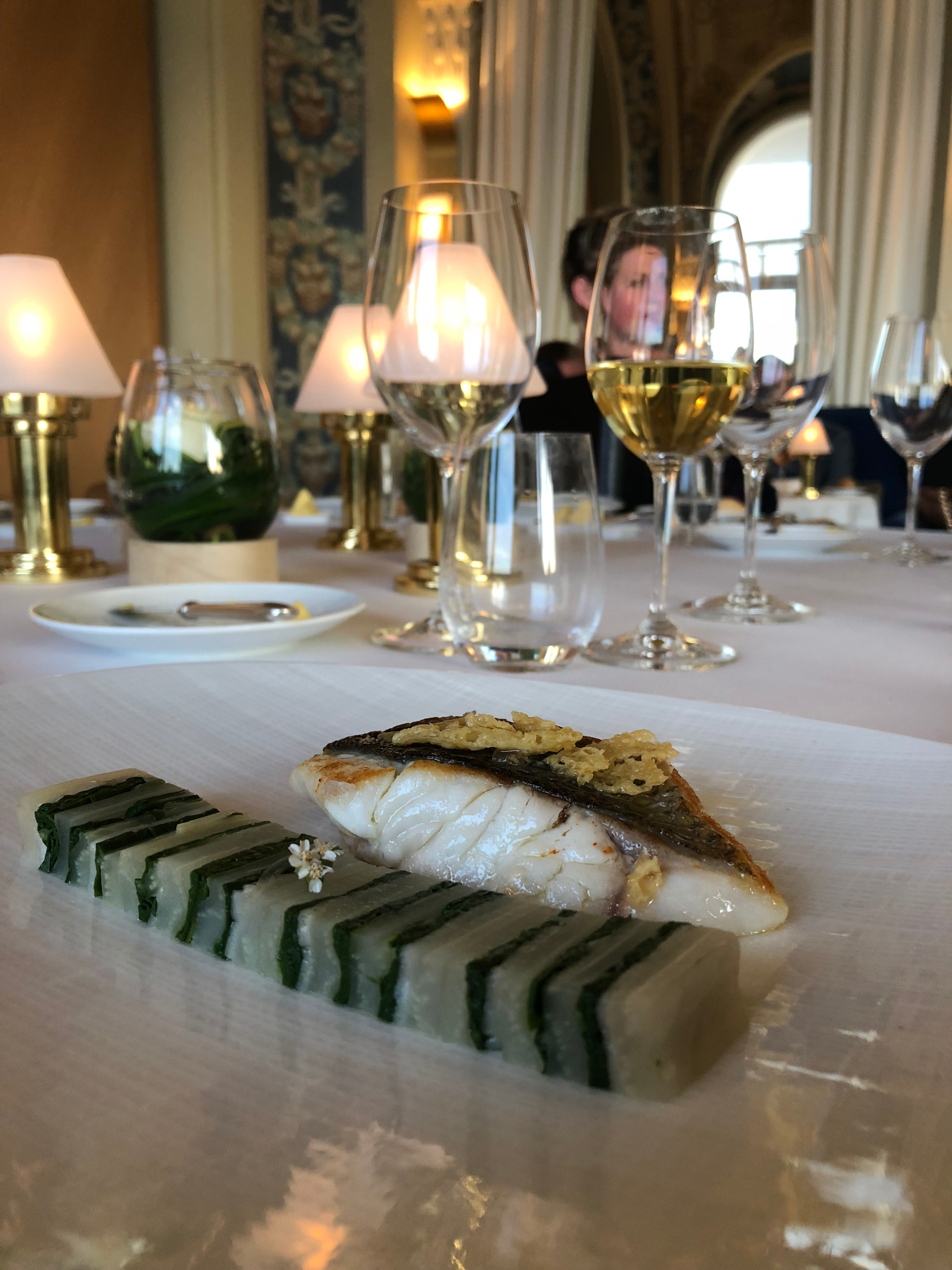 The following morning I woke with a start, breakfast wasn't going to attack itself and I was the man for the job. Another busy day awaited starting with a visit to the on-site golf course, home of the famous Evian Championship, where we had a one hour lesson with resident golf pro, Patrick.

Following this, we checked out the incredible La Grange au Lac, a breathtakingly cool auditorium constructed entirely of wood that can seat 1200 guests for conferences, product launches or even an opera. A short walk away was the Hotel Ermitage, the resort's second hotel. The benefits of having a very high end 4* hotel on-site are obviously numerous, not least for the additional 80 bedrooms and meeting spaces. 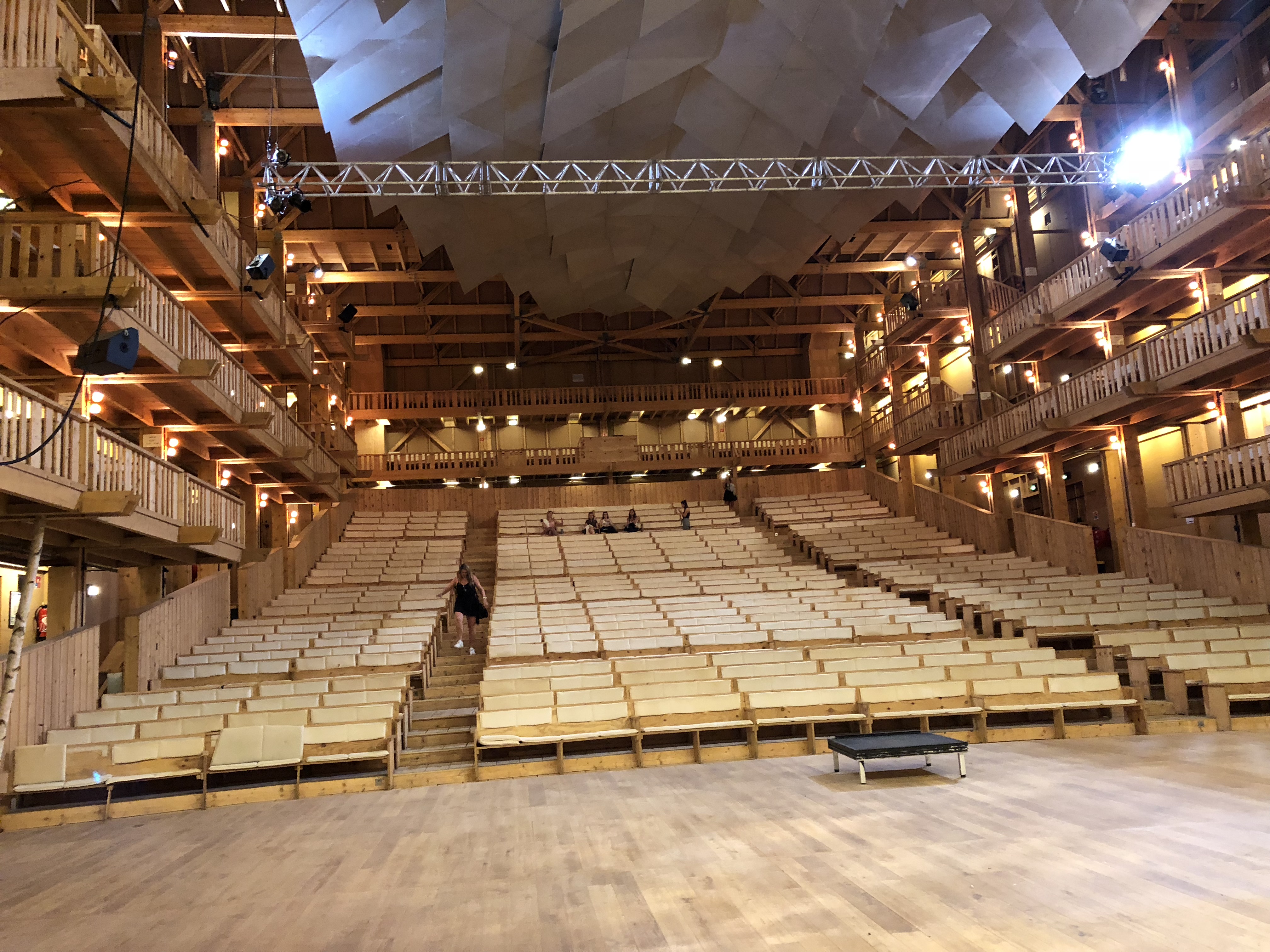 After a busy morning, all that was left to do after that was don what can only be described as dental floss and endure an hour-long massage where I was told my body felt like that of an elderly banker. Just the tonic before heading back home with some long-lasting memories and impressions of this incredible resort.

If you have a group of senior executives or are looking to run a genuinely quality incentive experience I can think of few better places to head than to the Evian Resort, FRANCE.

Do you require a venue for a meeting, conference or event in the UK or overseas? If so click here to make a free enquiry and see up to the minute availability and prices for suitable venues.