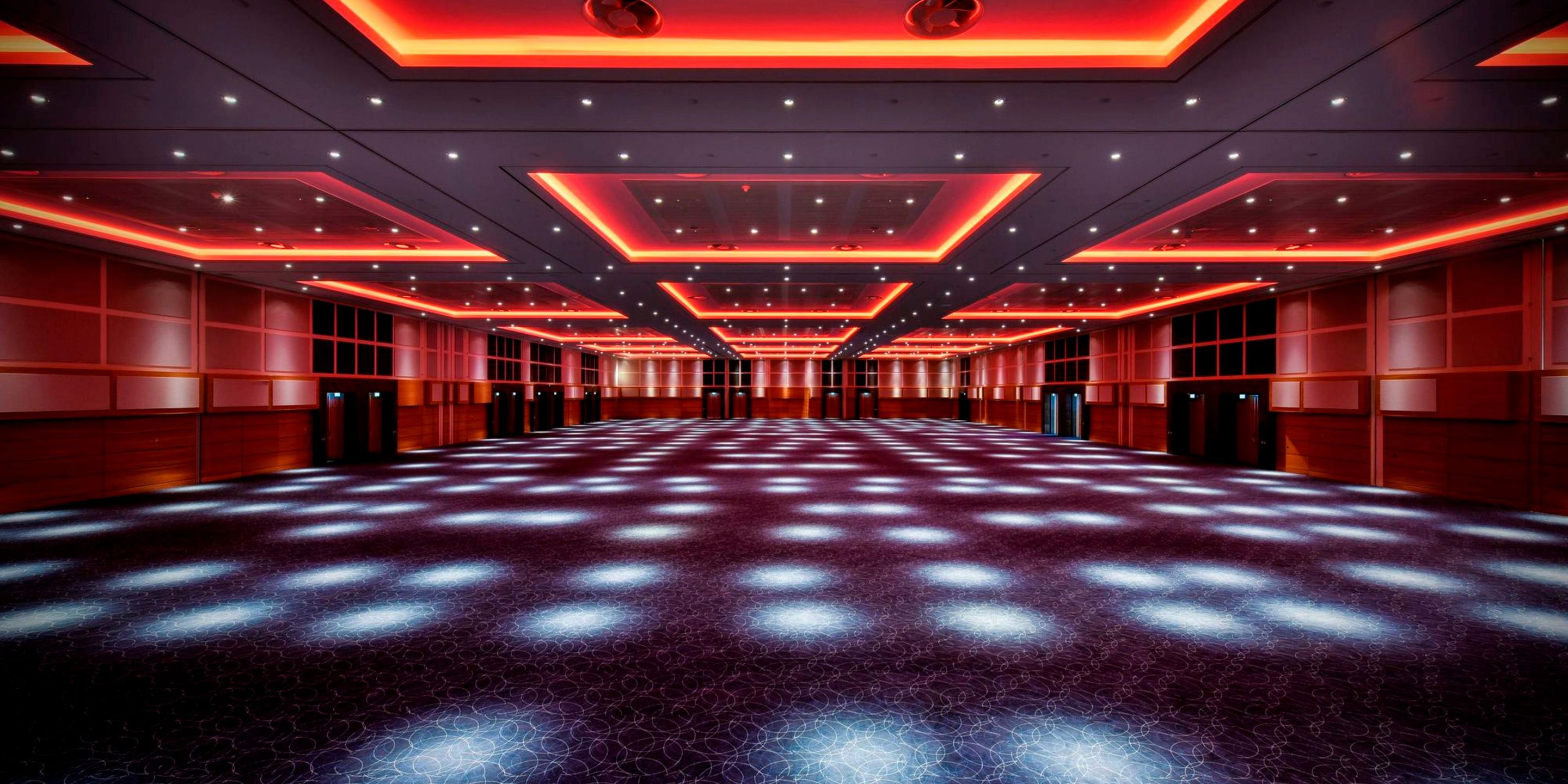 It’s the sentence a venue finder often dreads hearing, based often on an assumption that every events venue in the UK should easily be able to accommodate something small and simple...like a car.

Sadly, the truth is that many would struggle. It seems that Wren, Nash, and Cubitt...whilst all great architects of their time, completely failed to take into account the future development of the automobile when designing their buildings.

Over the years wefindvenues have worked with numerous automotive clients, as well as many clients with automotive sponsors of their events. Through this we’ve built up a pretty good database of venues that can easily (and not so easily in some cases) accommodate cars, vans, and even trucks, in their conference and events spaces.

Intercontinental O2 Their cavernous ballroom, said to be the largest in Europe, can easily accommodate a number of vehicles, providing they fit in the goods lift. The hotel also offers plentiful space outside for vehicle displays.

Park Plaza Hotels Victoria, Riverbank and Westminster – This hotel chain has designed their properties to suit the modern event organiser. This means sizeable goods lifts, which not only allow for quick installation of large productions but in the case of the three largest hotels in the chain, they can also bring cars down into their event space.

The cavernous ballroom at the Intercontinental O2 Hotel

Grange Tower Bridge Despite being two floors below ground level a good sized lift means it is possible to install cars within the exhibition area of this popular City hotel. The Grange Tower Bridge also boasts one of the brightest subterranean events spaces in London thanks to some intelligent building design.

Battersea Evolution Given that this South West London events venue has played host to the London Motor Show it’s safe to say that vehicles can fit inside. Being a temporary structure means that vehicles of all sizes are able to find their way inside.

Royal Horticultural Halls One historic venue whose architects had the foresight to see the invention of the motor car, Lindley Hall has been open for 114 years and in that time has hosted numerous automotive events, the most recent of which was the launch of the new Lamborghini Urus. 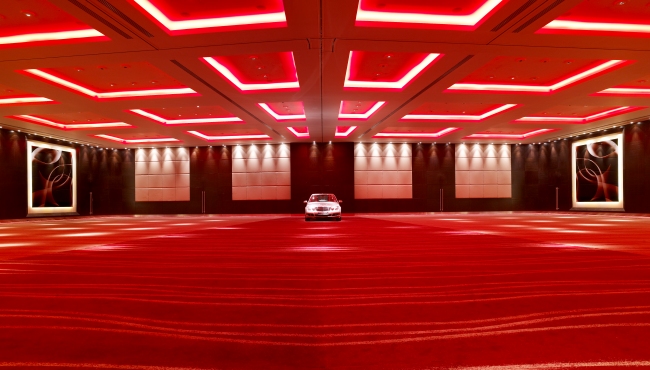 Chelsea Football Club Another venue that has played host to Lamborghini, among others, in the readily accessible Great Hall. This blank canvas space covers over 1300 square metres of ground floor space that benefits from a large roller shutter, meaning cars and vans can simply drive right on in.

Hawker House This former warehouse has been converted into one of London’s coolest street food markets and events spaces. Given the industrial nature of the building, it’s blessed with some pretty serious shutters that can be opened to allow access for small lorries.

Printworks Formerly the home to one of London’s largest news printing presses, the building has been given a stay of execution by becoming a massive events space, before the land beneath is used for flats. With the exception of maybe a jumbo jet, there are few vehicles that won’t fit in here. 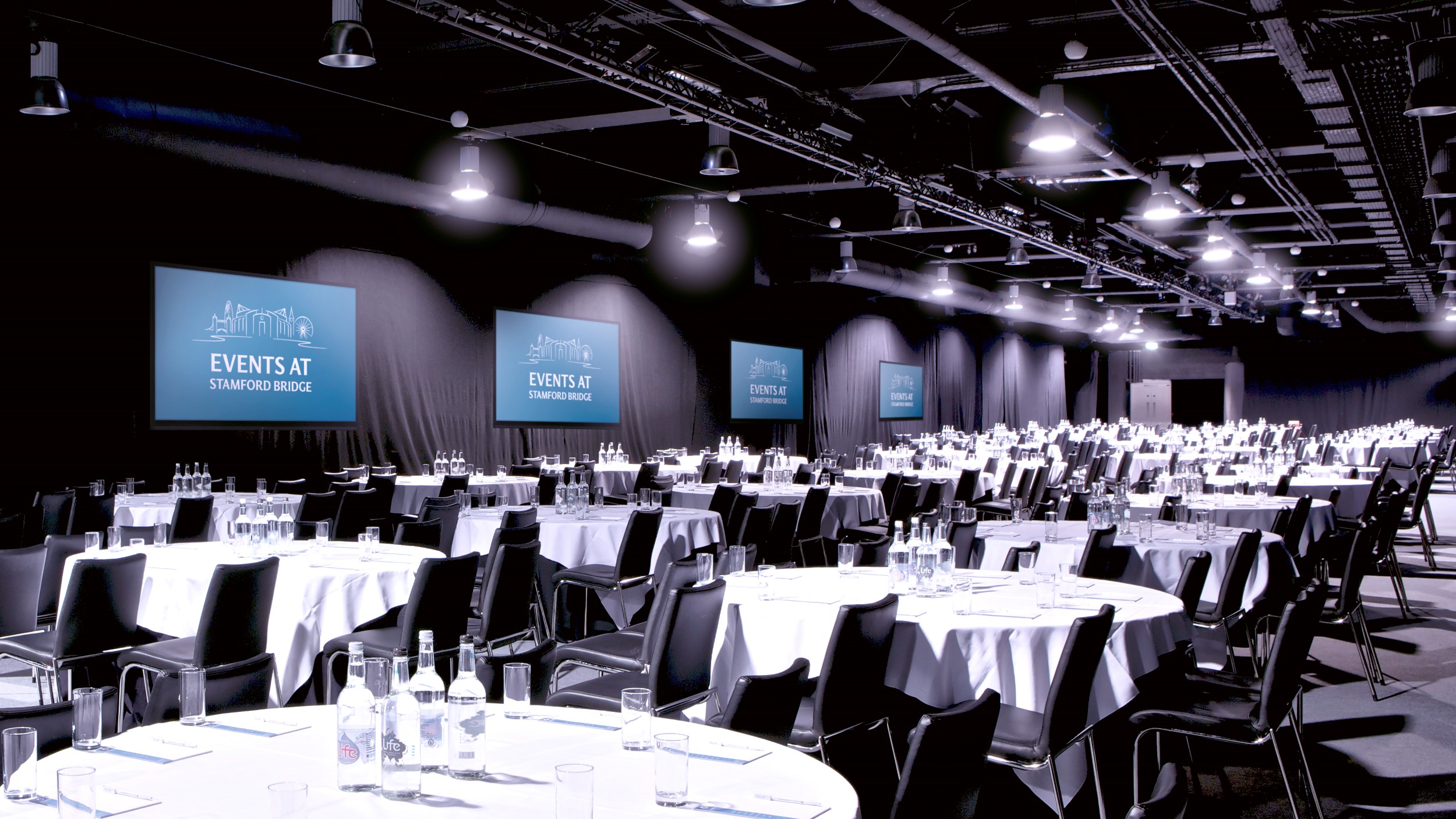 The Great Hall at Chelsea FC

Kings Place Ok, we’re using some creative license with this one. While the venue itself can’t squeeze a car inside, they have previously floated one directly outside the building in the middle of the Regents Canal.

Still not what you're after?

Here are some other venues in London and across the UK that are also worth considering for automotive events:

Behind the Bike Shed, Shoreditch

Do you require a venue for a conference, meeting or event in the UK? If so click here to make a free enquiry and see up to the minute availability and prices for suitable venues.